what NOT to do 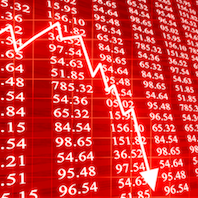 Every now and then we see bear markets come along and everything changes.

Bear markets are as natural as breathing. When markets rally they exert a psychological influence over other people and drag them into they market. For example many people see the "easy" money being made and want to join in.

Once everyone is in and there is no one left to buy the peak is in – at this point there is often not a cloud in the sky, it seems the best of all possible worlds.

Peaking is a process and takes some time as the market drags in all the players.

Looking at the market collapses in my trading lifetime we have…